As early as the early 1920s, farmers worried about the degeneration of crops, the appearance of fertility losses in their livestock and various outbreaks of foot-andmouth disease called upon Rudolf Steiner, a philosopher and scientist of Austrian origin.

In a series of eight lectures, known as the « Rudolf Steiner’s agriculture course » held in 1924, he presented the basics of the biodynamic method.

Biodynamic agriculture is a form of organic farming that regenerates the soil and strengthens the vitality of plants for the production of healthy, high-quality food.
Biodynamics is above all a global approach to agriculture, which sees agricultural and wine-growing estates as living organisms, an ecosystem in which man takes into account his entire environment. 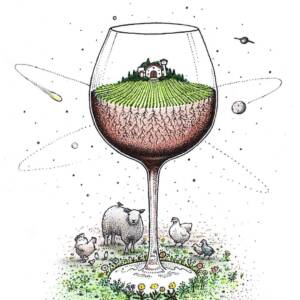 This same view also applies to the soil, populated by microorganisms, roots and animals, with the practice of regenerative agriculture. 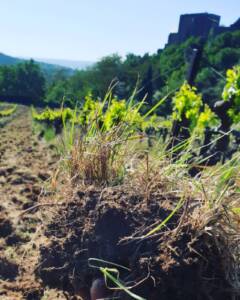 The role of the biodynamic farmer is to maintain this balance and to invigorate the whole with biodynamic preparations based on natural products and medicinal plants.
Respect for natural rhythms, which influence our planet and all the life it harbours, makes it possible to increase the efficiency of the work on the vine.
It is by working with nature that biodynamic winegrowers obtain grapes that express the full potential of their terroir, with the greatest respect for the environment.
Nature is currently so degraded that it is no longer able to heal itself and it is necessary
to restore the soil to its fertile vitality, which is essential for the health of plants, animals and humans, through « therapeutic » processes.
Biodynamic agriculture is not only a technique, nor a new, more ecological method, it is a philosophy and an ethic of the relationship between man and nature, between man and the earth, it is a holistic agriculture to achieve synergy.

The aims of biodynamic agriculture : 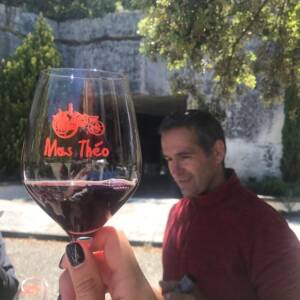 It is a positive agriculture that winegrowers enjoy practising because it offers concrete solutions to enable man to collaborate with Nature. Although biodynamics may seem complex in some aspects, it is nonetheless realistic.

Mas Théo’s priorities in this approach are based on common sense, with a hierarchy of influences : 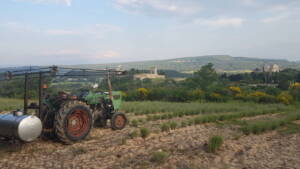 All this without forgetting the grandfather’s saying :
« Too much moon never fills the granary! »

Some dates of biodynamics in France

1925 : conversion of a first farm in Alsace.
1939 : this conversion is followed by others, such as those of Mr. Wachsmuth and Mr. Pfeiffer.
1958 : foundation of the French Association of Biodynamic Culture in Strasbourg with about a hundred members.
1967 : creation of the French Union of the Regional Circles of Biodynamic Agriculture.
1975 : the two associations merge under the name Biodynamic Agriculture Movement, which will become a federation of regional associations.
70-80 : development of biodynamic agriculture practised on about 300 farms (200 with the Demeter brand).
1979 : creation of the Demeter France association.
2003 : 220 producers are associated with the Demeter brand, i.e. a cultivation area of around 10,000 acres on a total of 400 farms that practise biodynamic farming.
2020 : 1000 members of the Demeter brand in France, including 500 winegrowers, and nearly 7000 worldwide.

Biodynamic preparations help the plant to find its balance in order to adapt more easily to the climate and its hazards as well as to possible diseases. The aim is to promote exchanges between the soil and the root system to allow the full expression of the terroir.
All productive areas, from the vine stock to the lavender plant, must receive the following biodynamic preparations at least once a year:

These biodynamic preparations must be dynamised before application. 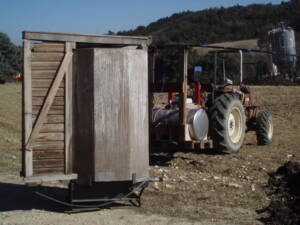 The dynamisation of the preparations can be done by hand or with a dynamiser.

Dynamisation consists of creating an energy vortex in a container containing water with the preparations.

The vortex is created from the periphery of the container, followed by a movement in the opposite direction, forming an inverse chaos, then a vortex, etc… for a full hour.
This allows the energetic message of the preparations to be transferred to the water, which becomes a « messenger ». This is the same principle that is applied to homeopathic dilutions. The water is then quickly sprayed onto the vineyard.

The plants are also used in herbal teas, decoctions and purines for the care and protection of plants, as each plant has different virtues, whether it be the stimulation of vegetative growth, the anti-cryptogamic side, or the supply of trace elements. 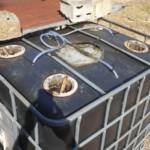 At the same time, for several years now, the estate has been applying oxygenated compost teas, a kind of aerated infusion of compost associated with plants, with the aim of regenerative agriculture.

The aim is to bring the benefits of the plants, associated with a positive bacterial fauna and the nutrients of the compost, by spraying on the foliage for rapid absorption.

Respecting the planet’s rhythms in biodynamics 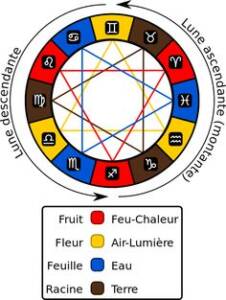 The universe functions according to the law of universal gravitation. In particular, we have the lunar cycle, which affects plant growth according to the alignment of the moon and the constellations.

In particular, we have the lunar cycle, which affects plant growth according to the alignment of the moon and the constellations.

Observations and research on the impact of cosmic rhythms on cultures have led to the development of a lunar and planetary calendar.
In the 1950s, Maria Thun contributed to the development of biodynamic calendars of cosmic rhythms.
An important element of the lunar calendar is the consideration of the Moon passage in front of the constellations, which determines the quality of the day:

The work of the winegrower is mainly carried out on fruit days for the vine and the wine.

Demeter : the hallmark of biodynamics since 1932 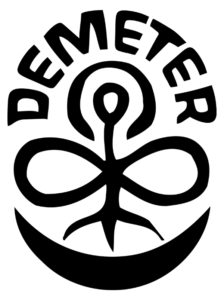 Demeter is the international certification brand for biodynamics, present in 60 countries around the world.

In 2020, it brings together nearly 500 winegrowers in France and more than 800 worldwide.

All Demeter products are certified organic.

The specifications limit the techniques and inputs both in the vineyard and in the cellar.

For example, for the wine, it is the naturally present yeasts on the skin of the grapes that carry out the fermentation and the authorised doses of sulphites are lower than those of the European organic regulations.

« Demeter wines » are made from Demeter certified grapes and a vinification process that meets the requirements of the Demeter vinification specifications. 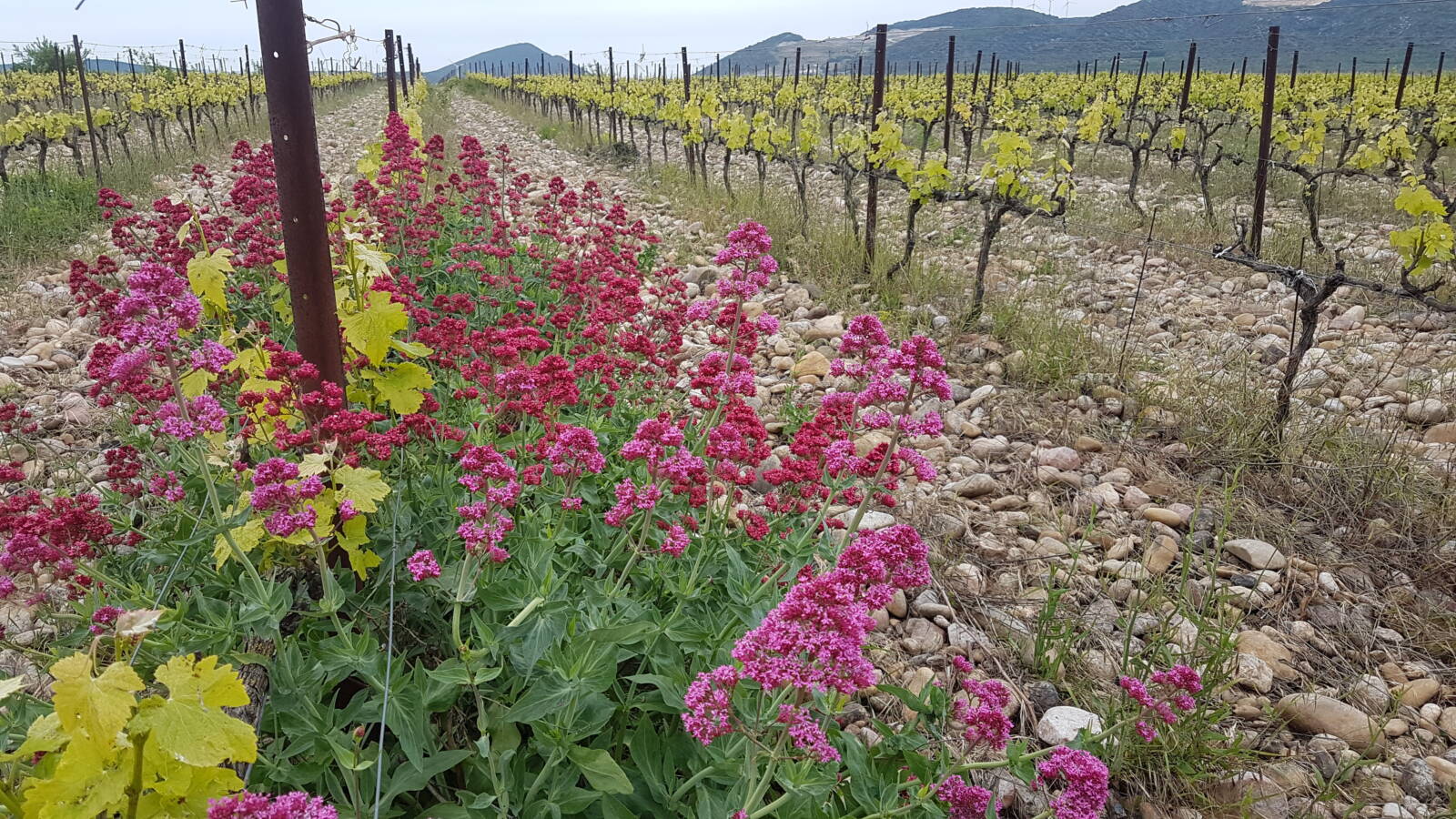